To Be A Cupcake or To Be A Brownie...That Is The Question! 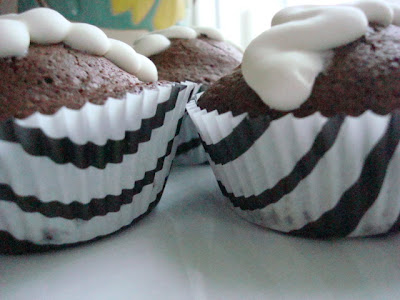 So is something that looks like a cupcake but taste like a brownie considered a cupcake or a brownie? The verdict is still out, but I will let you help me decide. I made these the other night after I got off at 4pm, which was oh so awesome it needed a celebration of baking! My wonderful husband (oh how I love saying that word) LOVES brownies, but can I just tell you that I have a mental road block when it comes to making brownies? I don't know what it is...I am just not that good at making brownies. Maybe it is the lack of flour that restricts me ;) I don't make brownies all that often, and although you can make some pretty fabulous concoctions like cheesecake, peanut butter, mint, nut, cherry, etc. I just don't go to brownies when I am in the mood to bake. I will tell you however that I LOVE warm brownies fresh from the oven, and I happen to love box brownies, which I am pretty sure I have mentioned before! They seem to turn out perfect; not too cakey, not too fudgy. Scratch brownies however seem to be a bit more finicky!
So anyway, Barry loves brownies and my point being is that I am always aiming to make him something that he gets an oh my goodness, this is so delicious look on his face, so Friday night called for something of the brownie family. I of course turned to my usual source of inspiration...Martha...and brought out the good ole cupcake book and found two recipes and melded them into one with the help of my number one taste tester. I used her Cream Filled Chocolate Cupcake recipe for design and filling and I used her Mint-Filled Brownie Cupcakes for the cupcake part, minus the mint and modified slightly. Apparently they tasted delish! I didn't have one, but Barry was quite pleased with the result and I brought some to work Saturday morning and they were gone before I blinked, so that being said, I guess they were yum. The crumbs that I did nibble on were pretty great, the first batch came out a little more cakey, but knowing this I decreased the time for the second batch and they came out perfect with an equal mix of cakey and fudgy, who could want more! The frosting has a marshmallow base, so really, how could it be bad, love marshmallows!
So lets now get to the goods, I think I am fresh out of words as I am coming to the end of my shift at work right now and have been up all night providing the pregnant women in Los Angeles comfort for the birth of their adorable babies. As much as I complain about my day job, this is the aspect I really enjoy, love pregnant women and babies! So anyway, I have an hour left of my 24 hour shift and figured instead of trying to sleep, I should blog! So here you go...I am hoping everything makes some sense! 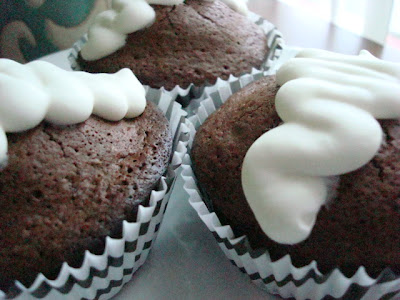 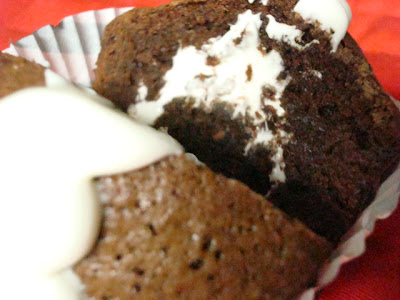 Brownie Cupcakes: adapted from Martha Stewart Cupcakes
Makes 12 standard size cupcakes
1 stick unsalted butter
8-oz semi-sweet chocolate, coarsely chopped
3 large eggs
1 c. sugar
2 t. pure vanilla extract
1/2 c. all-purpose flour
1/4 c. dutch process cocoa
3/4 t. salt
Directions:
Preheat the oven to 350 degrees. Prepare silicone or metal cupcake pans with non-stick spray (no cupcake liners yet).
In a saucepan over a double boiler over low heat, melt the butter and chocolate. Stir until smooth. Remove from heat. Whisk in the salt and sugar until well combined. Whisk eggs in a separate small bowl, and add whisked eggs to mixture 1/3 at a time (make sure chocolate mixture has cooled a bit when adding eggs in, may need to temper the eggs before adding). Add vanilla. Add flour and cocoa and stir just until combined.
Fill cupcake tins with about 1/4 cup of batter, or until 2/3 full. Bake on center rack for 32 minutes for fudgy and 37 minutes for cakey. Place on cooling racks until cooled. 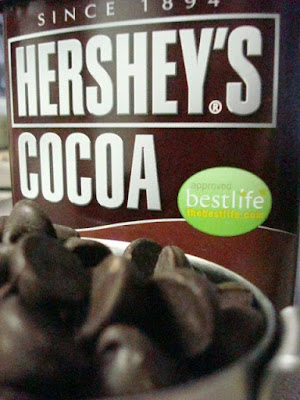 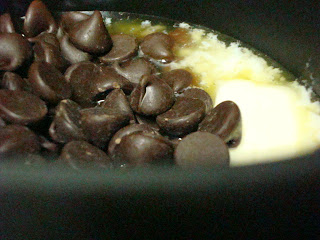 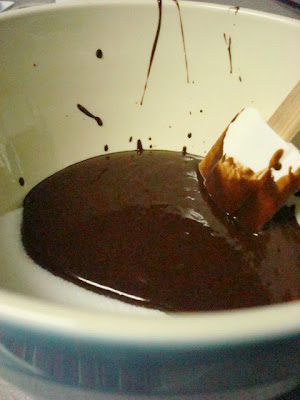 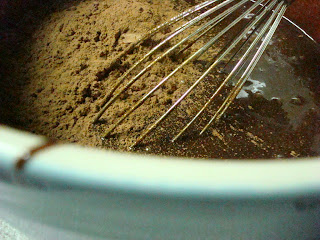 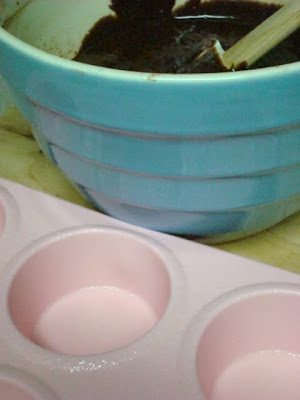 Marshmallow filling:
1 7-oz jar of marshmallow fluff
1 stick unsalted butter @ room temp
1 t. vanilla extract
1-1 1/2 c. confectioners sugar
Directions:
Cream together marshmallow and butter until well combined, 3 minutes. Add in vanilla & confectioners sugar, 1/2 c. at a time until desired consistency. Place in fridge to set-up: roughly 30 minutes.
Cupcake Construction:
After cupcakes have cooled, place the bottom of a large decorating tip in the center of the bottom of each cupcake to core out the center. You may need to carve out a little extra cupcake to get a larger area to pipe filling. Pipe the cupcake hole full of filling and replace the top of the core to seal up the cupcake. Place filled cupcakes in cupcake liners for decoration, and pipe a swirl of marshmallow filling on top.
Can place in fridge to set or eat as you like! Happy baking all, but as always, happier eating!

P.S. Check out my next post for an ADORABLE giveaway!!! 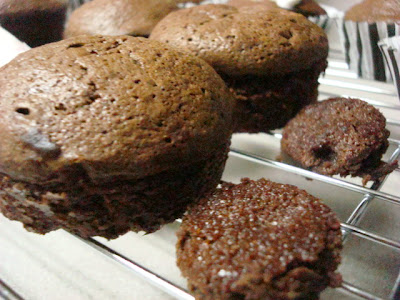 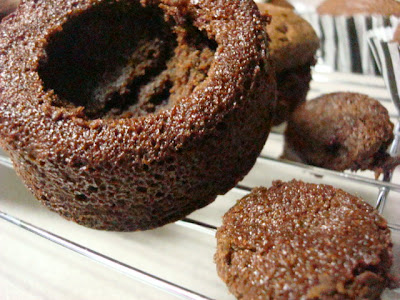 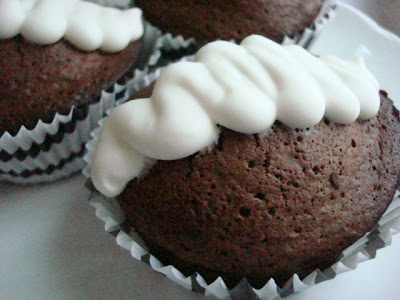