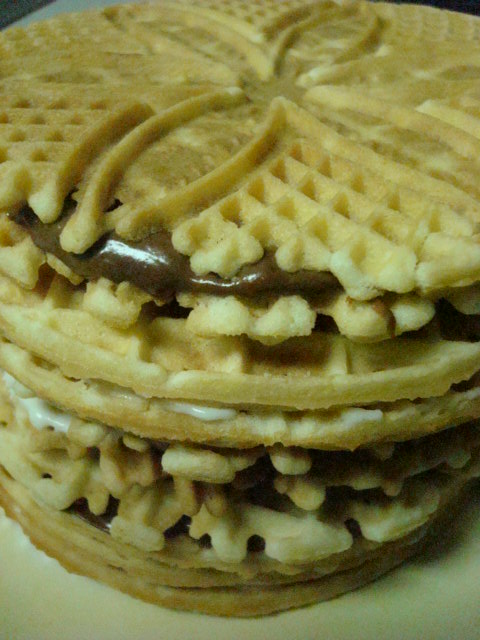 Hi all! So it is nearing my one year anniversary for this little blog, hard to believe where time goes but it has been one week short of a year. Since I have been posting a lot of sugar cookies as of late, I figure I needed to get back to my blog intentions of recipe sharing & reviewing, it has been a while! So what have I got for you today you say...PIZZELLES! And what good are pizzelles by themselves(they actually are good plain as well)...BUT they are so much better sandwich'd around thick creamy frosting! Deciding what frosting is the best match may just be your biggest challenge with these gems!

I received a pizzelle maker from my mother-in-law and although pizelles were never on my list of things to bake, I always remember thinking how pretty these little cookies were after seeing them in gourmet cookie books. They are very pretty cookies but they also taste quite delightful! My review of the cookie is quite satisfactory: crisp, light (aka guiltless), and just the right amount of sugar to satisfy a sweet tooth. However, because I am the queen of making anything into a sandwich, I had to kick them up a notch. I did two versions: the first with chocolate ganache filling and the second with my toasted pecan & cinnamon buttercream. The winner...I will let you guess! 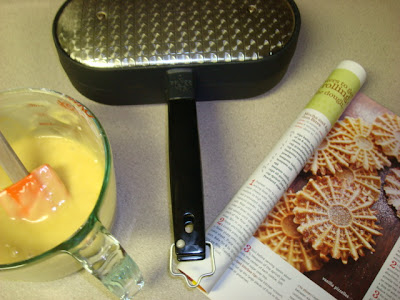 For each pizzelle, place a slightly rounded tablespoon of batter on pizzelle iron, slightly off-center toward back of grid. Close lid. Bake according to manufacturer's directions. (For a nonelectric iron, bake about 2 minutes or until golden brown, turning once.) Turn pizzelles out onto a paper towel to cool. Repeat with remaining batter. Makes 18 pizzelles. 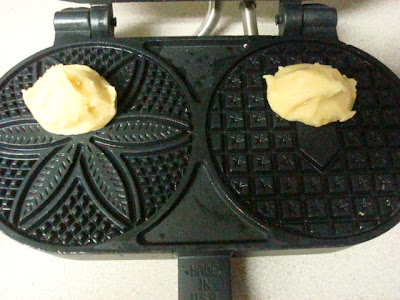 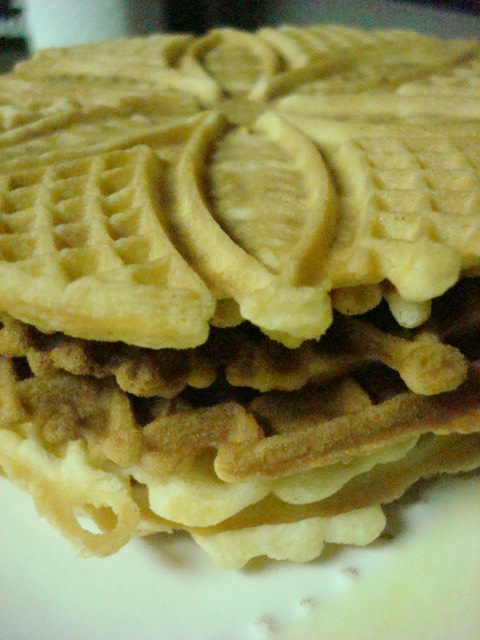 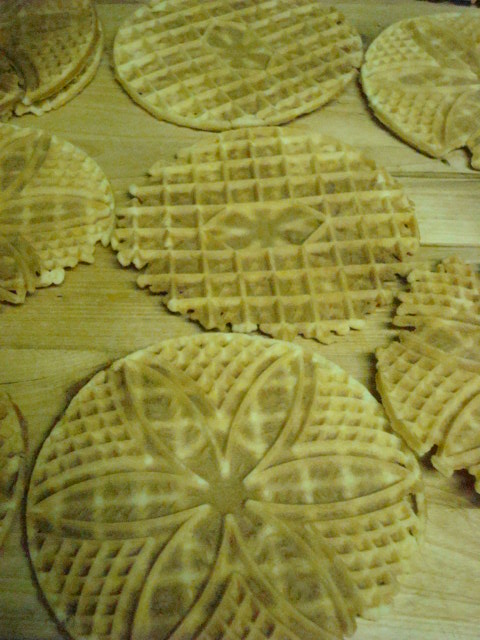 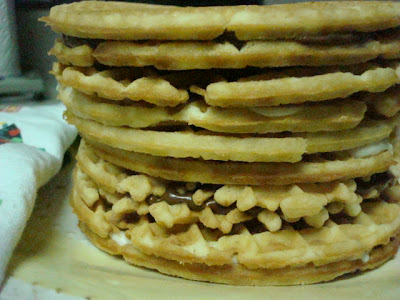 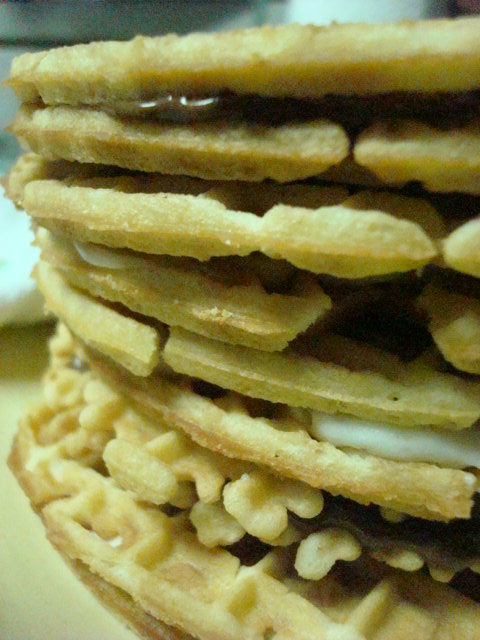 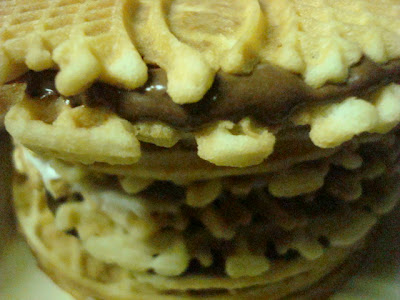 Enjoy! Let me know what you think, and the answer to my above question...vanilla pizzelle sandwich cookies with toasted pecan & cinnamon buttercream would be otherwise known as my favorite out of the two! Happy baking, happier eating to all! 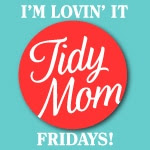